It has been awhile since I did a pregnancy update, but we have been quite busy. April 15th was my birthday and April 18th was our second wedding anniversary, so we took the whole weekend to relax, celebrate, and do a little bit of sightseeing in our local area. Part of that weekend, we visited the Casa Grande Ruins National Monument and Biosphere 2. It was a lot of walking and stairs (my legs were quite tired the next day) but so much fun!

April 18th we also had a first ultrasound, which I did not realize would be so involved! It took nearly an hour just to do the ultrasound itself, because they check on the baby’s anatomy, growth, heart, etc. and take so many measurements. We learned the baby’s gender, but we are keeping it a secret until after our gender reveal party on May 15th for family and close friends.

On April 24th, we had one of our monthly/bimonthly family get-togethers at my parents’ house. The whole family tries to get together, especially during months when there are birthdays and anniversaries to celebrate, and April is a huge month! Three birthdays and 3-ish anniversaries! You see, my parents sort of have two anniversaries: one from their first wedding (a justice of the peace ceremony) and one from their vow renewal ceremony in 2010 (church ceremony). Anyway, since most of the family was present (we were missing one of my brothers-in-law and two oldest nephews, unfortunately), we decided to get family photos. This was also the first time I had any “baby bump” photos taken.

That is not because I have not wanted to take any pictures, it was more… I was not showing hardly at all until about Week 19 so even if we took pictures, there would have been absolutely nothing to see. So here is the first baby bump photo, taken at the halfway point: 20 weeks!

Today I’m actually around 22 weeks and the belly keeps getting bigger, so I’ll need to ask Bradley to take some more pictures this weekend.

Cravings: So far this whole pregnancy, I have not really had any cravings. Sometimes food tastes surprisingly delicious after I start eating it, but no cravings for anything specific.

Mood: Bradley might disagree, but I wouldn’t say that I have not had any terrible mood swings. Every once in a while I’ll feel extremely exhausted and might be a little more… short/terse. I do find that I cry faster/easier than before. Not cry just to cry, but when I hear something sad I’ll tear up faster or when someone else is crying. Ugh! I’m a sympathetic crier anyway, and it seems a bit stronger now.

Baby’s Gender: Bradley and I know, but we’re keeping it a secret until May 15th! 😀

Movement: I’ve been feeling flutterings of movement for a long time, but lately the baby has been even more active and the kicks are stronger. In fact, Baby is wiggling all over my belly right this moment.

Carrying: I think I’m carrying pretty low this whole time, which makes sitting upright at my desk at work or driving uncomfortable and tends to trigger the: “Bladder is full! Must run to the restroom!” even when there is hardly a genuine need. In the evenings, the lower belly sometimes feels soooo heavy.

Weight Gain: I have my next doctor’s appointment next week so things might have changed, but up to my April appointment, I had actually lost weight. I lost about twelve or so pounds between conception and Week 20. My face, neck, and shoulders have really slimmed down, but even my hips, bottom, and thighs have shrunk (Yay!).

Aches and Pains: Somedays I end up doing a lot of walking for work, and on those days, my legs tend to ache. Last week was full of walking, not just to/from meetings across campus but also because either the bus drove right passed me so I had to walk a mile to my car OR the bus missed the turn to take us to the correct bus stops and let us off a 1.5 mile away and I ended up having to walk to the car. I’m seeing a pattern here that public transit is not reliable. Fortunately, Bradley’s summer break starts in about two weeks and he’ll start taking me in to work and picking me up so I won’t have to worry about driving and then hopping the bus (or walking) to the office during the HOT summer months!

Sleep: I sleep rather well and even better now that we bought new pillows this week! I do tend to have to get up once or twice in the middle of the night to use the restroom, which is a little annoying.

Nursery: I have created a mood board for inspiration on the Baby’s room and we have started clearing out some of the items we were storing in that space, but other than that, we have not made any significant progress. We have been focusing more on getting the main living areas (kitchen, living room, and dining room) completely re-organized as well as making our back patio usable space during Arizona’s extremely hot summer that is just around the corner. Our next project in the office, and only then will we really focus on the nursery. For the first few months, Baby will be in a bassinet in our bedroom so the nursery is not a crucial thing right now.

Names: We have had our names selected for quite a while and we are not changing them. 😀

As I mentioned before, we’ll probably take Week 22 pictures this weekend and I’ll have another update next week after the doctor’s appointment. 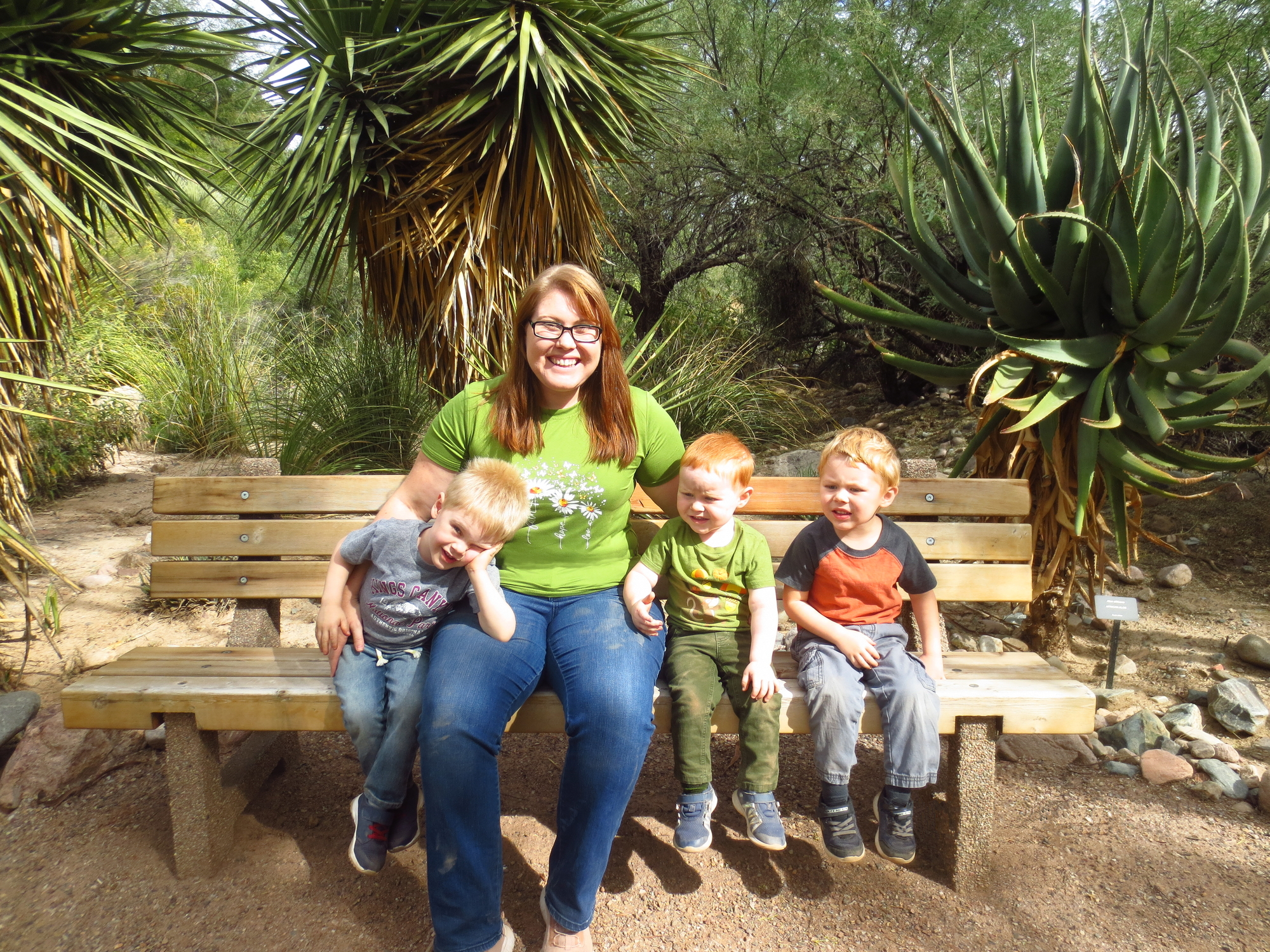